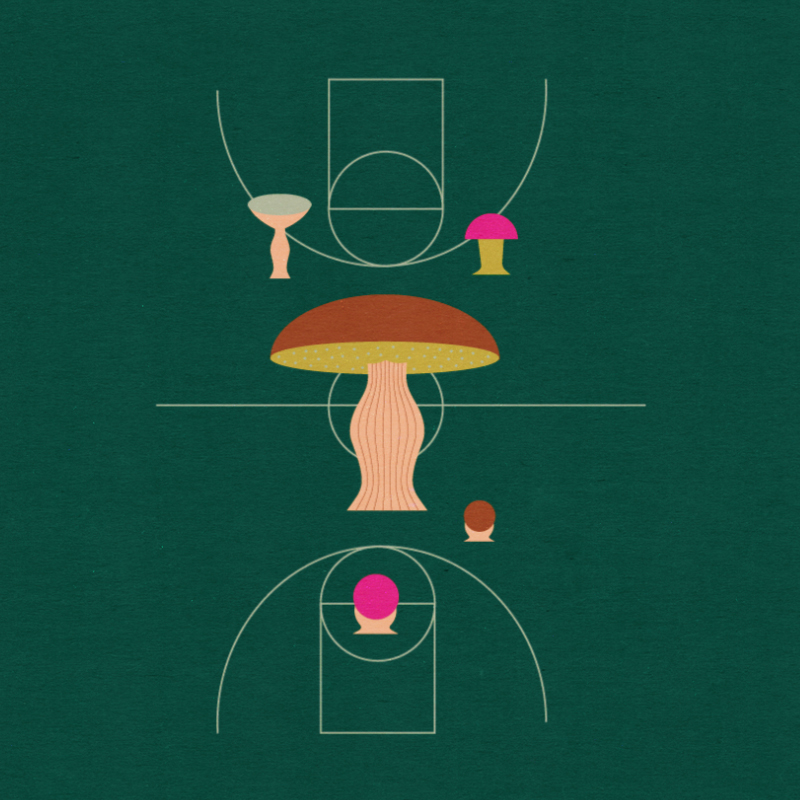 Listen to this text (Lithuanian):

At the end of summer and in the autumn, Lithuanian forests are teeming with people “armed” with knives and wicker baskets. They roam through the moss, get into the thickets, and crouch down looking for something. These are not robbers who buried their treasure in the forest and can no longer find it – they are mushroom hunters. Although mushroom foraging is not so common in some countries, because mushrooms are purchased only in shops or at markets, mushrooming is an old tradition in Lithuania. Mushrooms are gathered together with family and friends or alone, and the pickers then brag about how many mushrooms they found and how big they were. That’s why this activity is sometimes jokingly called the national Lithuanian sport.

Mushroom hunting is one of the main ways of making a living in some regions of Lithuania, for example, in the extremely mushroom-rich region of Dzūkija. But, for most Lithuanians, it is a form of entertainment, outdoor recreation, and a chance to add the taste of mushrooms to their lunch or dinner. Mushrooms are boiled, baked or dried. Butter-fried chanterelles with onions served with boiled potatoes is one of the easiest and most popular dishes.

Few people know that mushrooms are actually closer to animals than to plants. They are an important part of nature: mushrooms and the mould associated with them break down organic material, so they are used for compost, soil cleaning, bread making, cheese fermentation and medicine production. The fungus consists of two parts – an invisible mycelium which absorbs nutrients from the soil and a fruiting body (cap and stem) growing from the ground.

Mushrooms are classified as edible or poisonous. Edible mushrooms, which are highly nutritious, are among the oldest products consumed by humans. The most popular edible mushrooms in Lithuania are boletus, leccinum, birch bolete, suillus, chanterelle, red pine mushroom, milkcap, russula, champignon, and honey fungus. Edible mushrooms grow from early spring to late autumn, but the best time for mushrooming is the second half of the summer and throughout the autumn. Inedible mushrooms are called šungrybiai [Eng. toadstools]. Some types of amanita – death cap, destroying angel, panther cap and fool’s mushroom – are deadly poisonous. Mushroom hunters often carry the guides with the descriptions and photographs of edible and poisonous mushrooms with them to the forests as they fear making a mistake.

Mushrooms are often mentioned in Lithuanian folklore. There is a popular riddle: ‘A hat on a leg. What is it’? Of course it’s a mushroom. In myths and fairy tales, mushrooms are often depicted as forest spirits, sometimes associated with the devil, as they grow from under the ground – the devil's kingdom. Mushrooms and mushroom hunters are also depicted in the classics of Lithuanian literature. For example, in the poem Metai (‘The Seasons’, (1718)) by Kristijonas Donelaitis, the lazy villagers are attacked by mushrooms, and in the poem Anykščių Šilelis (‘Anykščiai Pinewood’, (1861)) by Antanas Baranauskas there is sadness about the mushrooms that have disappeared from the forest. In the children’s poem Grybų Karas (‘Mushroom War’, (1958)) by Justinas Marcinkevičius, the mushrooms are preparing for the war with the forest animals, but the mushroom hunters come and the war does not happen.